Thank you for subscribing! We will let #youknow about all the good stuff!

Thank you! We will let #youknow about all the good stuff!

As featured in Love Potion Delta-9: Three Infused Rosés to Celebrate With This Gal/Valentine’s Day
By Melissa Hutsell @ The Emerald

The era of cannabis wines is upon us, bringing with it a new category of consumption.

Leading this new category (and even the traditional wine industry) are rosés.

The overall infused beverage market, which includes THC and CBD wines, is predicted to earn more than $1 billion in sales by 2022, reports BDS Analytics.

While (legally) new to modern consumers, the history of infusing wine with weed runs deep. However, today’s cannabis vino are unlike those made by our ancestors.

So, winemakers remove the alcohol from these products through dealcoholization. This process eliminates all, or nearly all (.05%) of the alcohol. It’s the same process used to make alcoholic wines, reports Winerist Magazine. However, “the alcohol is simply removed at the end.”

That’s done using vacuum distillation or reverse osmosis. But, in any case, it begins with an alcoholic wine. That alcohol is then extracted; leaving the aroma and flavor fully in tact, according to BevZero, a company that processes non-alcoholic and cannabis-infused beer, wine and cider.

Each wine has its own complex chemistry, explains Dr. Harold Han, chemist and founder of Vertosa, an infusion technology company.

“There’s a whole living mixture in wine,” he adds. “That’s different than a simple soda water.”

An emulsion is a liquid suspended in another liquid, explains Han. Vertosa is one of the first companies to create such emulsions for wine.

When it comes to cannabis oil and water, “those two liquids don’t like each other.” He continues, “Our technology makes them like each other, and be stable together.”

The goal with emulsions—it doesn’t matter if it’s wine, juice or coffee—is to infuse oil into water. Otherwise it’s very hard to put cannabis oil into a beverage,” Han adds.

“Imagine you have a big blob of THC distillate. The distillate doesn’t dissolve in water,” he explains. “But, then we add our proprietary mixture of surfactants.”

That’s the magic component, says Han. It’s the molecule that makes the oil like water because half of surfactant is oil-like, the other half—water-like.

So, it sits on the surface between the oil and water, connecting the two, Han says. The result is a more water-compatible solution. The more water compatible it is, the more bioavailable it is. Simply put, this means it can be absorbed better, and more quickly, by the body.

The result: more accurate dosing, and quicker onsets, says Han. “For example, if you want 10mg of THC  in an 8 ounce aluminum can, or 50mg CBD in a 750mL wine bottle, you can accurately dose that.”

On average, Vertosa’s emulsions have an onset of less than 10 minutes. When it comes to wine—this is especially important.

With regular wine, a drinker typically feels its effects by the end of their first cup. That is what consumers are looking for, says Han. “If I drink cannabis wine, I want to feel that also. That’s where emulsions help.”

Of course, there’s no one-size-fits-all formula. For example, emulsions that work for coffee in a can may not work for red wine in a glass bottle, says Han. And what works for reds doesn’t necessarily work for whites or rosés. That’s why Vertosa starts with the end product, then works backwards to create a stable solution specific to the end application.

That further enhances the individuality of each. See how so in these three rosés below.

Note: Serve chilled, and pair with an aged cheese (I went with a personal fav, Dubliner).

The THC-infused blend is marketed as a crisp, California treat—and that it is!

At only 30mg per bottle, I found it easy to finish a bottle in one night with no crazy high, or a hangover in the morning. Don’t worry, I shared! And even split between two or three others, this low dose bevy is suitable for those with a high tolerance (thanks to emulsions process).

I was most impressed, however, with the quick onset. The company boosts a 10-15 onset…but, I felt it slightly sooner. Similar to drinking wine, I was feelin’ euphoric by the end of the first glass! 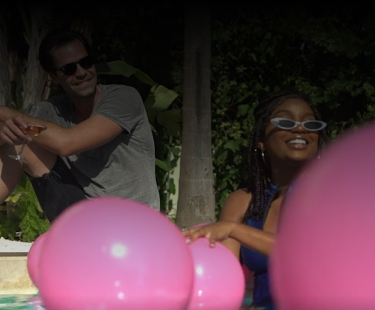 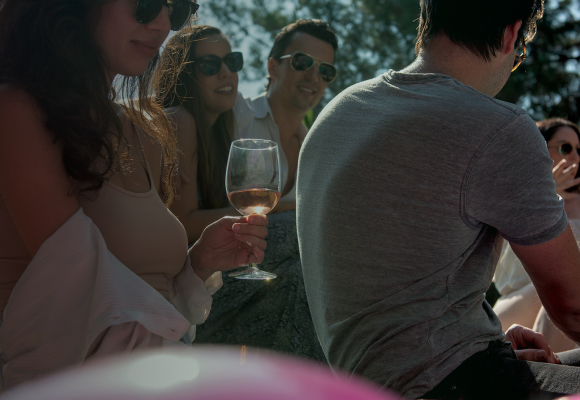